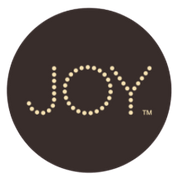 THE CREATION OF THE JOY RED VELVET CUPCAKE

THE CREATION OF THE JOY RED VELVET CUPCAKE

JOY was only a thought when all the creative experimental excitement started. There were trials filled with tears, errors, frustration yet elements of success and joy. With small adaptations of a number of various different recipes, most of the cakes very quickly fell into the solid ethics we were striving to achieve – balanced, moorish, simple and definitely not too sweet. This simplicity and enjoyment of one’s passion for baking was threatened and challenged by the ever-so-popular red velvet. “Back in the day”, red velvet was the most popular cupcake flavour. It was made popular in the US and soon after around the world. It was a bright red cocoa buttermilk cake with cream cheese frosting.

This cake carried the stigma of “redder the cake, the better”. In all honesty, we had never made this infamous red velvet cake before we started experimenting. Having tried it, we understood that the lightness of the cake was its other redeeming quality. Referencing recipes from various nostalgic baking books stained with oils and dusted with remnants of flour, we quickly noticed that each recipe with slightly differing nuances, all stayed true to the exorbitant use of red food colouring.

My sister Jini, whose food ethics are based on flavour over visuals, questioned the excessive amount of red food colouring that was asked for in these recipes. She argued that it was extravagant when it didn’t offer an ounce of flavour, only to provide a slight toxic aftertaste. And so started our fervent research to the history of the red velvet and subsequently to the harmful effects of food colouring. This was certainly an eye-opener.

“Could we really be a cake shop that didn’t use any food colouring?”

We had undergone a long six months of trialing different cake recipes and finalising the end products, but these cakes contained food colouring. The Joy brand was to be filled with all-natural cakes that were to be subtle tones of pastels. We were starting to unravel six months of pain-staking work and the pressure to find solutions were intense. We kept questioning ourselves, “What was JOY ultimately about.”

We learnt that food colouring was derived from coal and petroleum. The ‘natural’ red colour available at the time was derived from the cochineal beetle, often mixed with aluminium. Certainly not a vegan option. ‘Why were we so easily and readily feeding these types of food to children’ was a daily questioning brainstorm in the test kitchen. We decided to find an alternate method of making the red velvet with beetroot and anything we could extract a red pigment from to see what happens. Between our full-time jobs and making countless versions of natural red velvets, the trialling became irksome and impatient.

The red velvets were not complying to taste very good. My friend and pastry chef extraordinaire Naomi, who taught me everything pastry and whom I highly respect, stepped in to save the day or should I say many months. She made an amazing red pigment from the extractions of beetroot, cherries, blackcurrant, and hibiscus flowers. We were thrilled. The JOY red velvets were born.

Now, we had to target the rest of the cakes keeping in mind JOY’s newly founded ethical reason…

“no food colouring or artificial flavours.”

While we were finalising the details of the red velvet, Jini continued to madly research the effects and dangers of using artificial food colouring. The findings were deeply concerning, ADHD, allergies, sleep deprivation, depression etc. These were all valid pit stops in our decision-making. Though, learning that food colouring was also carcinogenic was ultimately our final destination.

My dad was diagnosed with Lymphoma that same year and was undergoing treatment. My Aunty lost her battle to breast cancer a few years prior. It was time. We needed to set an example and be pioneers of a different thought. Out of this realisation stemmed other discoveries like coeliac disease and different allergies to nuts, dairy and eggs. We now trialed and introduced gluten-free, vegan and nut-free cakes, and we took it very seriously only to be meticulous in the preparation and the displaying of our “allergy-free” range.

Although, gluten free was becoming a thing in the late 90’s early 2000’s, vegan cakes were hard to come by. Gluten free cakes were coarse and dense almost cardboard in taste. We wanted to offer cakes that were light and tasted like the best kind of cake there is.

Our first day of opening JOY at Westfield Doncaster, was to be the first time we saw our display for what it was. We had previously made a small range of cakes and displayed them side by side on a table. But it was hard to really foresee what the display would actually look like. We were nervous. We only sold cupcakes and the display had to be everything. In fact, it needed to be stunningly beautiful, like jewellery on display. I’m unable to describe the awe and pleasure we felt when all 300 cakes were displayed in a light-filled glass case. The display was just that, stunning. There were no colours. Only natural hues of a native Australian landscape. We were Melbourne and we were proud. This was us, but what about them, the Customer?

We were mostly met with similar awes and how ‘beautiful’ the cakes were. But we were also met with, ‘your cakes are beautiful, but they are not kid friendly. Can you add more colours?’

The red velvets were a hard sell. Beetroot in a cake??? No thanks. Thankfully, because cancer was a daily reminder back then, we stayed true and patient. We were adamant on educating any potential critic whenever possible and believing that customers who bought cakes for the people they loved most in the world would eventually learn that there was no need for the cakes to have nasty colours. And they did. 11 years later, the JOY red velvet is no longer a mini education to the customer, but a repeated favourite with an appreciation for cherries, beets and lots more in a cake. We have come a long way. Today there is more thought and emphasis on natural and artificial free food products. And we like knowing that JOY was pioneering for it “back in the day”.

The ultimate celebration of cakes, cupcakes and condiments using only the finest local and natural ingredients. We delight in providing an experience like no other, presenting beautiful creations marked by finesse, simplicity and a sense of integrity that echoes throughout our brand.

We use cookies on our website to give you the most relevant experience by remembering your preferences and repeat visits. By clicking “Accept All”, you consent to the use of ALL the cookies. However, you may visit "Cookie Settings" to provide a controlled consent.
COOKIE SETTINGSGOT IT
Manage consent

This website uses cookies to improve your experience while you navigate through the website. Out of these, the cookies that are categorized as necessary are stored on your browser as they are essential for the working of basic functionalities of the website. We also use third-party cookies that help us analyze and understand how you use this website. These cookies will be stored in your browser only with your consent. You also have the option to opt-out of these cookies. But opting out of some of these cookies may affect your browsing experience.
Necessary Always Enabled
Necessary cookies are absolutely essential for the website to function properly. These cookies ensure basic functionalities and security features of the website, anonymously.
Functional
Functional cookies help to perform certain functionalities like sharing the content of the website on social media platforms, collect feedbacks, and other third-party features.
Performance
Performance cookies are used to understand and analyze the key performance indexes of the website which helps in delivering a better user experience for the visitors.
Analytics
Analytical cookies are used to understand how visitors interact with the website. These cookies help provide information on metrics the number of visitors, bounce rate, traffic source, etc.
Advertisement
Advertisement cookies are used to provide visitors with relevant ads and marketing campaigns. These cookies track visitors across websites and collect information to provide customized ads.
Others
Other uncategorized cookies are those that are being analyzed and have not been classified into a category as yet.
SAVE & ACCEPT

You can only select one date per order. To change the order date, clear your cart and try again.